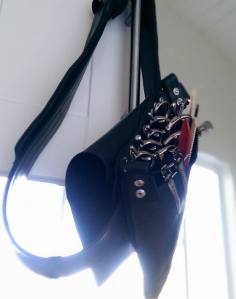 I go to work as a hairdresser today for the last time. I always knew it would happen, maybe not so soon though.

I started hairdressing school in 1993 but I didn’t really begin my career as a stylist until 1996. That was the year hairdressing became my career, or maybe more my identity.

I have gone from a starving apprentice to a fully booked stylist, to a platform artist, to a starving salon owner, to a fully booked salon owner working five days a week, to four days, then three days, then two… I stopped being the highest earner in my company about three years ago. I still hold the record month, though I suspect a 26 year old member of my team is going to beat that pretty soon. She easily could if she worked four days a week instead of three. And I will celebrate it when it happens.

Salon ownership is hard. It is usually ego that made us open the salon in the first place. “Asshole is taking half of my money. And he doesn’t know what he’s doing. I’m going to do it better.” So we open a salon built around us and make ourselves the star of the company. And this is the right way to do it. In order to be an inspiring mentor, you need to have climbed the mountain yourself. But this is when most owners go wrong. They like being at the top of the mountain and they want to stay there.

Once I figured out that I couldn’t do everything alone and that I needed my team to be stars in there own right rather than just my supporting cast, it became my mission to make them all develop mastery of my knowledge of hairdressing and success. My ceiling needed to be their floor, because if they all knew what took me years to develop and figure out (it’s not complicated, but I had to sift through a lot of nonsense and have a lot of experience to develop my systems), then they could use it as a foundation to branch out and develop their own. The sky would be the limit.

By taking myself off the floor, I am now going to be able to truly dedicate my energy to helping and pushing my team to success. Since having children, I’ve lost the extra time I had to communicate with my team. I’ve always been a hardass, but I’ve devolved into a hardass who doesn’t have time to nurture. I’ve allowed my company to run itself, thinking to a degree that few people cared anyways. My bad attitude and inability to be present has manifested into a stagnant salon company. I’ve allowed resistance and negativity to develop because of my own resistance and negativity.

So today marks the last day of my career as a stylist. I will miss the relationships I had developed and how incredible it is to follow people’s lives over a long period of time. Telling my clients has been profound, many have been with me for 19 years, one for 21. There have been a lot of tears and a lot of great stories and reminders of how cheeky I used to be. I’ve been overwhelmed.

I’ve had an amazing career as a stylist and have also had a pretty great career as an owner. But it’s time for me to make some big changes in my life in order to help my team have great careers. And I know that some of my staff will be resistant to my increased presence. Some will likely quit or perhaps be encouraged to seek employment elsewhere. But I am excited to be able to fully commit to my company and team once again.