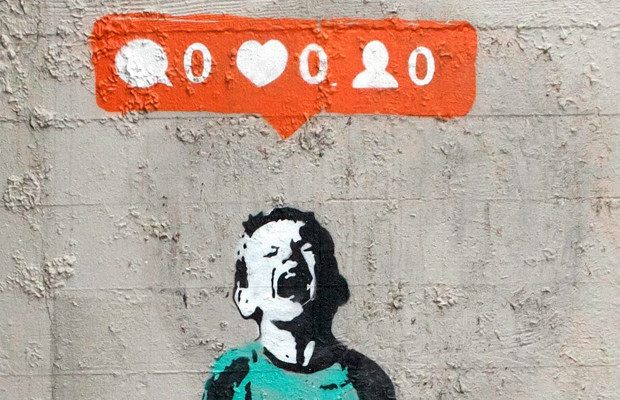 I admit it, I was very late to the Instagram party. I’m old, and when my young staff were using it mostly for fun, filtered selfies and pics of food, it looked to me like it was just another fun photo app, like Hipstamatic. And as a cynical wannabe photographer, I didn’t like the filters and crop limitation, so I ignored it.

Then in 2012 one of my young staff came to me and said she wanted to use Instagram to promote herself. She mentioned some guy named Guy, and said she wanted to do what he was doing in social media. I didn’t understand why a young hairdresser would bother with something that seemed so trivial when there were proven, concrete, tangible ways to get busy. This, along with many other times I’ve been proven wrong, is why my opinion should not be trusted when it comes to anything remotely progressive.

Fast forward to today, when an entire industry is fighting for attention on Instagram. Hordes of stylists battling it out with butterflied images of rainbow colours and waves, all desperate for more followers. And I’m absolutely right there with all of you, hoping one of my 5 accounts gets some attention and I can eventually get to that 10,000 followers point. Because that will mean that I’m somebody. Except it won’t because to immerse yourself in “like culture” is to never really be satisfied. But that’s a different article, and that ship has already sailed in that most people, myself included, will continue this path of validation through followers and likes.

I was speaking at a hairshow in Long Beach and my friend Nina Kovner was speaking on success with social media in the very next room at the same time, and she had brought some friends with her, some heavy hitters. A few people from her gang had to come into my classroom to borrow several chairs, as her room was packed, and I could definitely spare several. Several dozen. And I thought to myself, “I wish I was in that room. I want to learn what they are talking about. I want to meet some of the cool kids.”

The next day I was part of an “expert” panel where I got to sit next to some fantastic people, including David Thurston, the co-owner of Butterfly Loft, the hair industry’s hottest salon company. He is someone I had admired from afar and was looking forward to meeting. And immediately I liked him a lot. He is a very progressive thinker and seemed really calm and cool, two things I lack.

The room was full of people that were not there to hear me. Most of the people there were asking about social media and how to expand their reach. Of course, this is where I shut up and listened as well. As I previously wrote, I’m no expert and am now playing catch-up. Sitting right next to David, I loved what he had to say and I learned a lot. But I noticed something. Most of these people were putting their social media presence as their number 1 priority in marketing themselves, and not following it up with speaking directly to people who could help them get to where they wanted to go.

That same trip, I had an epiphany. My wife and I drove in to LA to meet with David and his lovely wife and partner Alexis at Butterfly Loft. They were both so generous with their time and we had a wonderful experience and I think/ hope we left there with new friends. During the tour of the salons, we rounded a corner and I saw a very Insta-famous young stylist working on a client. I admit I was almost giddy, like when you see a celebrity. I’m 47 and this beautiful, talented young woman is probably in her early 20s but I was seeing a new industry icon working on a client. The photo she was going to take of this client would probably get 2000 likes and a few dozen comments.

And then it occurred to me on my drive back that she was just like you and me. She stood behind a chair to make her living. She had the same drama we all have, with late clients, mistakes, things that don’t work out, bad moods, and all the other things that a hairdresser deals with each day. She stands behind a chair and does hair for a living. And her income is for the most part limited by what she is able to produce with her hands, billing by the hour.

Now this girl is at the pinnacle of what we perceive as success. No new clients, booked over a year out. And she actually has broken through into the area where companies want her endorsement and she probably has several offers on the table. But she’s still tied to that chair, just like we all are. And if you are booked solidly with a waiting list, you probably make as much money as she does.

Two weeks ago I was in Costa Mesa speaking at Paul Mitchell The School (awesome place) and doing a Masters insterview with Winn Claybaugh. Right before my lecture, I met one of the instructors there, someone I follow on Instagram. I love this guy’s work, and again, it was like meeting a celebrity. I’m friends with a lot of very well known hairdressers but these Instagram hairdressers for some reason make me feel very nervous. It’s probably because they all seem really cool, they’re obviously super talented, and they are forging new ground. And this guy is a fantastic cutter, one of my favourites.

And then it occurred to me that he’s a super talented hairdressing school instructor, and for all the followers and likes, he makes his living teaching hairdressing to young students. He works 9-5 and follows a dress code and rules and his primary income source comes from showing up at the school, just like everyone else who teaches hairdressing. I have 12 working in my academies doing the same thing.

Last week I spoke to an Instagram-famous person about this, and she confirmed what I thought; that everyone expects that these people are making a truly incredible living and leading a glamorous life, but the reality is that beyond the odd perk here and there, they are sweating it out in salons just like the rest of us. And not only that, there is added pressure on those that fully commit to being Instagram-famous, especially if they put themselves out there personally too much. The person I spoke to? She is that young woman, my now former employee, who originally came to me in 2012 to talk about her dreams of being a famous in our industry. She got there. And while it definitely afforded her some amazing opportunities, it’s not been without it’s negatives.

Instagram is definitely crucial to success today, but it’s only a part of what someone has to do. And this is where so many of the people focusing exclusively on social media go wrong. It’s an incredible way to communicate your services, but it’s communication that’s the key word. For a very small number of hairdressers, social media can launch a supplementary career in private classes, and it’s absolutely possible to make a living through it. But there are an awful lot of people making a lot of noise in the world of social media. If you have a targeted goal of doing something beyond the chair, go for it and absolutely invest your time and energy pushing your brand. If your dream involves becoming well-known via social media, make it happen.

But for the rest, use it as a way of communicating what you do, or what you want to do more of. It’s a wonderful way of target marketing and putting out the type of work you like to do to then attract more of that clientele. But don’t get too caught up in imagining of what your life will be like when you are well-known through social media. Because it likely won’t change all that much. And that’s OK.

8 thoughts on “The Reality of Social Media and Hairdressing”